Darya Gorbatyuk, 10, laughs as she joins her classmates from Robert Frost Elementary in Pasco in a milking competition Tuesday during the 10th annual Salmon Summit at Columbia Park in Kennewick. More than 4,000 students will participate in the two-day summit, which is co-hosted by the Benton and Franklin Conservation Districts. In addition to releasing salmon, students attended some of the 80 stations on Tuesday spanning a wide range of topics from river health to agriculture, birds of prey and Native American culture. "Our rivers are critically important, not only for fish, but also for our way of life," says Rachel Little, salmon biologist and educator with the Benton Conservation District, of the summit's expanded subject matter. "Part of why we want to diversify is to tell more sides of the story." 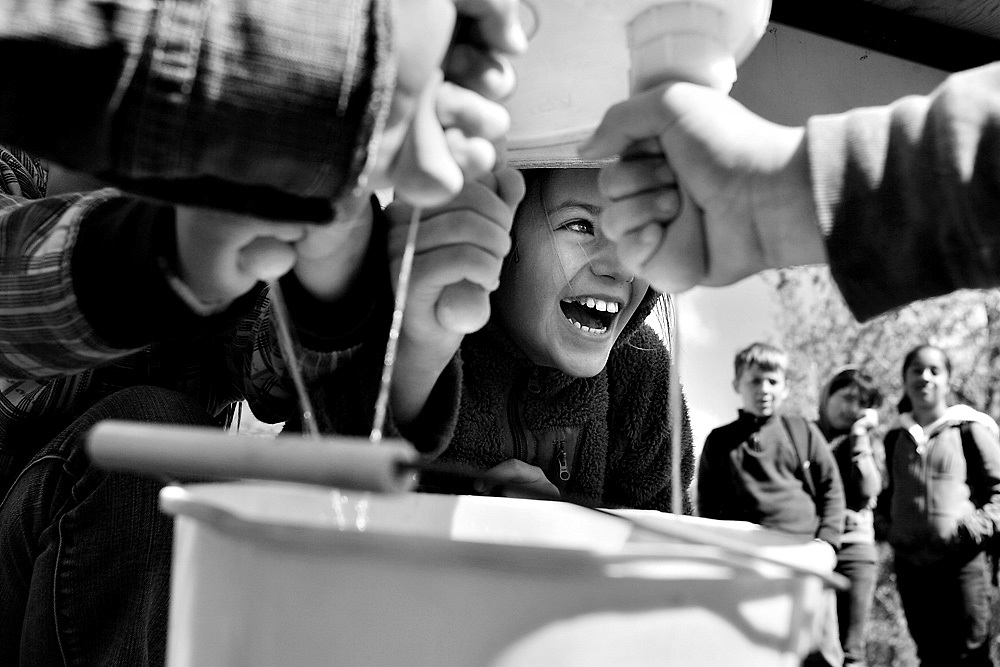