Levi, right, and Luke work to move irrigation lines in a pasture at their home. The two also team up for cleaning work at their mother Becky's salon, Shear Inspiration in Richland. "Just keep them hot, sweaty and tired. That way they don't have energy to get in trouble," says Becky. Wayne grew up on a farm doing many of the chores he now has the boys do. "I realized that kind of work was good because you learn how to work. Get them out on the farm, regardless of how they're going to take it. They're going to complain like my brothers and I did, but they're going to learn how to work," he says about why he opted to install hand lines instead of a less labor-intensive irrigation system. "They learn when they're old enough hto pick up a pipe," he says. "Shoot, when I was little, I'd be bawling," says Levi. "He'd wake me up extra early before school to go turn on the lines. I can't remember what happened, but the water was spraying everywhere and I would just be soaking wet and it was early in the morning and I'd just be bawling my eyes out." 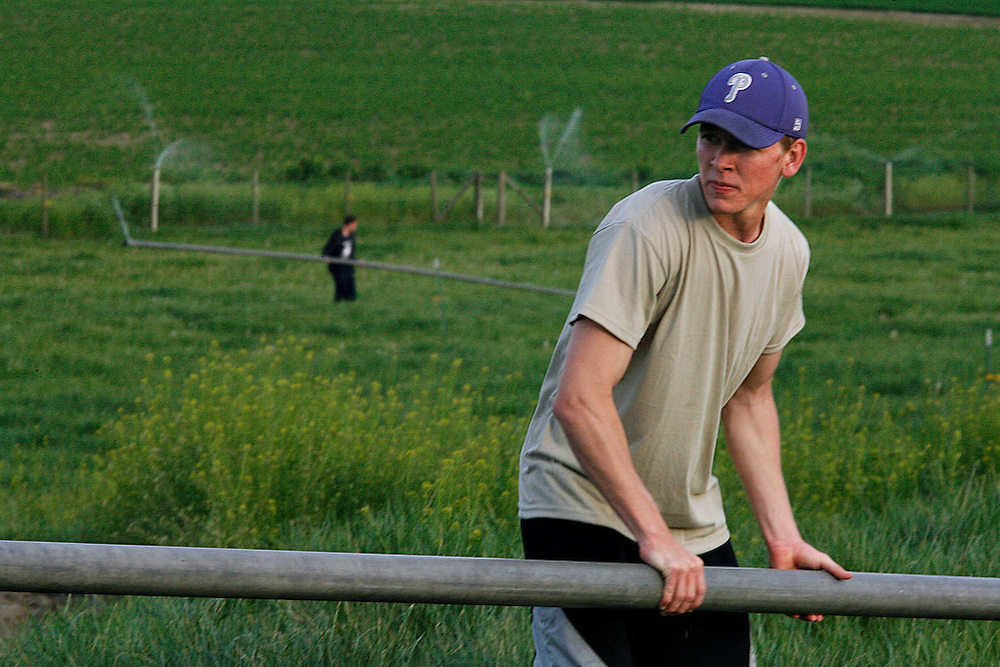