The Burgesses prepare for a barbecue in the kitchen as uniforms for the Pasco Sun Devils American Legion baseball team fill the living room. Wayne, right, is the president of the board, and his wife Becky is the treasurerer. As the summer season approached, they had to take inventory and figure out which home and away jerseys needed replacing. Though Luke and Levi played for different teams during the high school season, Legion ball will give them one last time to play together. "He'll probably be pitching, and I'll play outfield, backing him up when they hit bombs," says Levi. "Thanks, Levi," says Luke. "It'll be fun," says Levi. "We go back to being brothers." Luke, being a freshman on the senior team, will see limited playing time. "I knew I wasn't going to play at all in Wenatchee," he says. "When Levi told me I might not be able to play, I just asked him if I could be in the dugout, at least. It was fun to sit in the dugout with all the guys, and I was actually nervous." 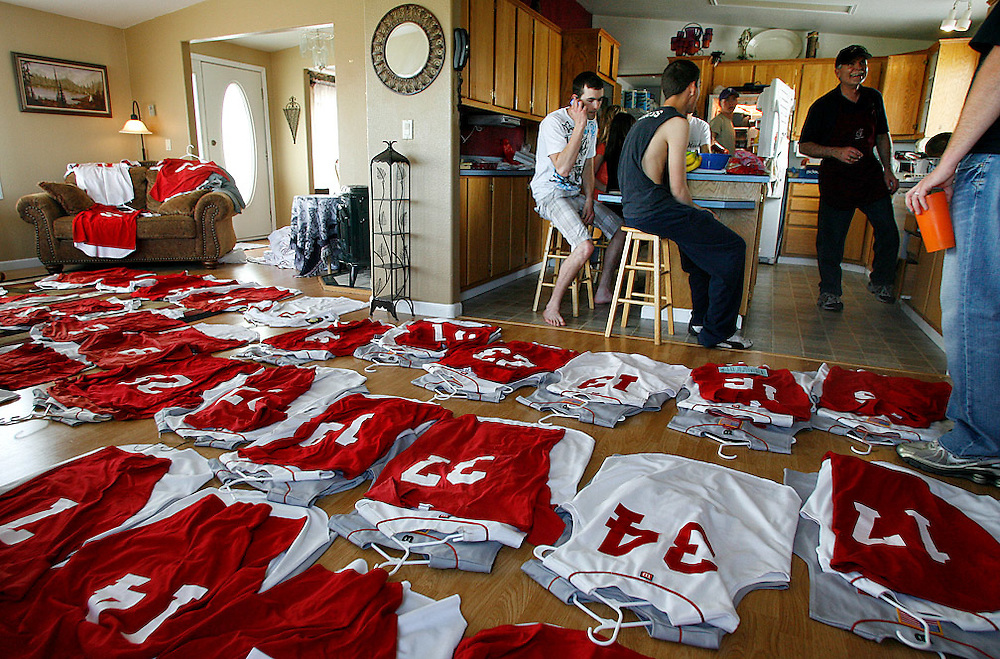