Angel Dahlke, 2, of Pasco, hugs her grandmother Masako Jackson's arm while her mother, Patricia Dahlke, both of Pasco, and uncle, John Jackson of Tacoma, visit Donald Jackson's grave at City View Cemetary in Pasco. Donald Jackson, a First Class Petty Officer in the Navy, who served in Korea and Vietnam, passed away in March. His wife, Masako, and daughter, Patricia, have been visiting the site every five days since then. For Memorial Day, siblings Patricia and John, a retired lieutennant commander in the Navy Reserves, brought extra flags for the other veterans' plots at City View to ensure nobody was forgotten. 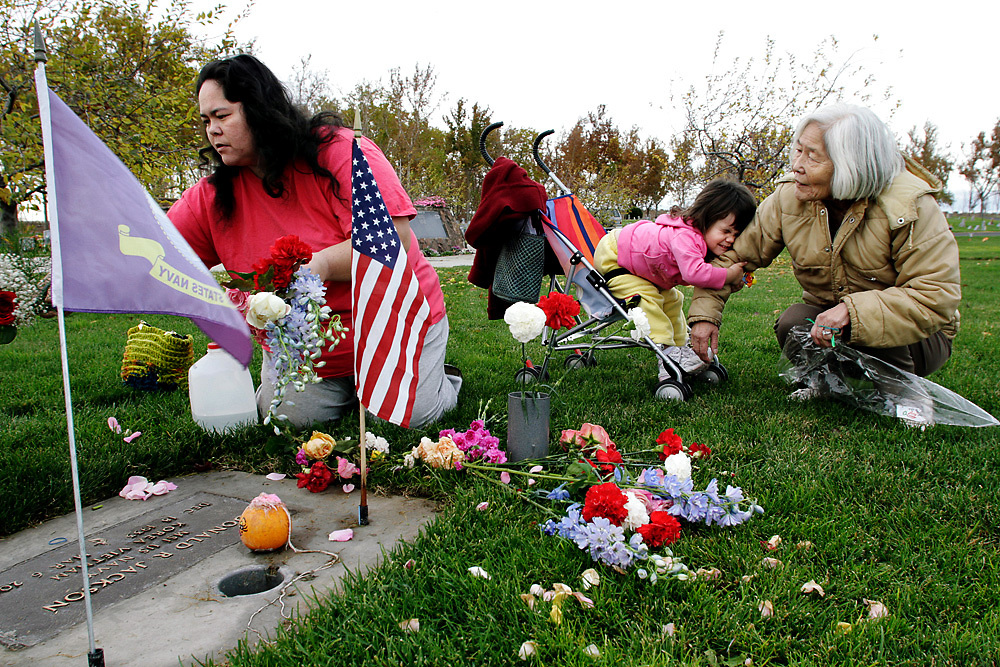